The band, initially associated solely with klezmer music, in their current works draw inspiration from ethnic music using their own improvisations. This way they create their unique style which floates across borders, forms and time, which was not only noticed by the audience, but also appreciated by artists around the world. Steven Spielberg, delighted with Kroke's concert, invited the band to Jerusalem to perform at Survivors Reunion ceremony. Thanks to Peter Gabriel the band took part in WOMAD Festival in the United Kingdom. The Secrets of The Life Tree piece, performed by Kroke, featured on the soundtrack of David Lynch movie Inland Empire. The meeting of Kroke and Nigel Kennedy resulted in a joint work – the East Meets East album. In recent years the band also collaborated with Anna Maria Jopek, Edyta Geppert, Talila, Tomasz Stańko, Maja Sikorowska, Krzysztof Herdzin, Norwegian band Tindra, Spanish violinist Diego Galaz, Mongolian singer Urna Chahar Tugchi and Sinfonietta Cracovia orchestra. They also appeared on the most prestigious music festivals around the world. 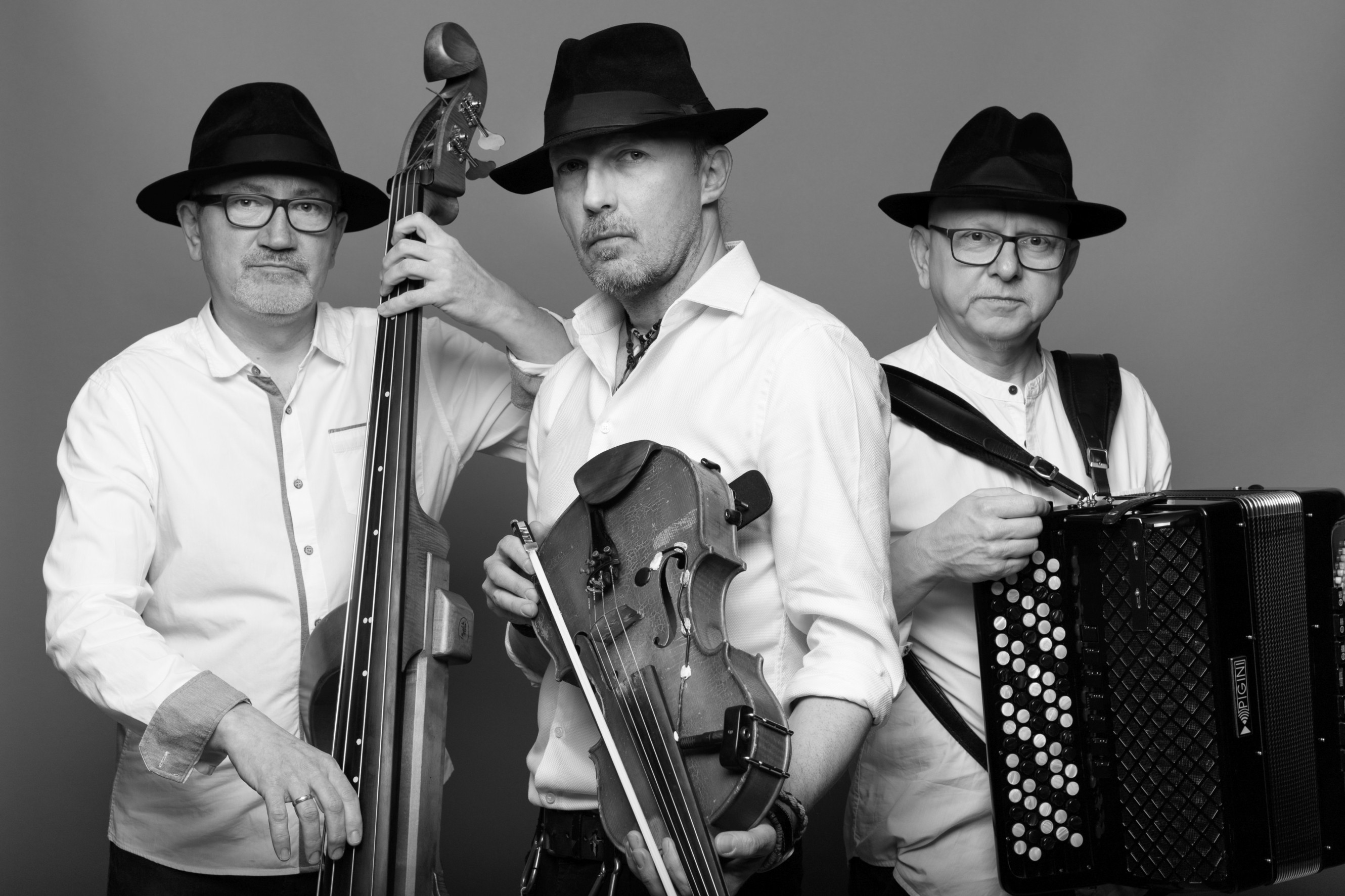 Kroke was formed in 1992 by three friends: Tomasz Kukurba, Jerzy Bawoł and Tomasz Lato. As graduates of Academy of Music in Cracow, but also as artists in the search, they did not abstain from experimenting with jazz and contemporary music. The band, initially associated with Klezmer music, currently oscillates around various genres. The artists take inspiration from ethnic music from around the world, they do, however, always enrich their works with their own improvisations. This way Kroke creates its own unique style which floates across borders, forms and time.

Kroke is also one of the first bands to go out with their music to the public. The musicians could be found on the streets and in the clubs of Cracow's Kazimierz district, once the Jewish part of the city. The musical compositions they played, completely unknown for some, in others woke up the memories of the world which has been long forgotten. It was there, when you could first hear the songs that appeared in 1993 on the band's first music casette issued at their own expense. One day, Kate Capshaw, wife of Steven Spielberg, who was then making his picture Schindler's List in Cracow, arrived to the 'Ariel' restaurant, at which the band often performed. One night she took her husband to a concert. The director quickly recognized Kroke's talent and invited the band to Jerusalem to perform at Survivors Reunion ceremony organized for the survivors of the Oskar Schindler's list. Since this remarkable moment everything became more profound... That's when the band was really began to exist. We were given some kind of a musical blessing from these people, some of which were klezmorim – mention the musicians

But it was just the beginning of a great adventure. Spielberg sent Kroke's casette to Peter Gabriel, who invited the band in 1997 to the United Kingdom to take part in WOMAD Festival. The audience gave a rousing welcome both to the performance and the band's debut album Trio. This meeting also resulted in joint recording sessions in Real World Studios. Parts of the recordings were later used by Peter Gabriel on Long Walk Home album, which was a soundtrack for the movie Rabbit-Proof Fence. In 1997 the second album – Eden – was released. This time, traditional klezmer motifs combined with modern musical sensitivity have gained a new and more intense colour.

Since then, Kroke more and more willingly reached for Sephardic and Arabic patterns, not cutting off, however, from traditional klezmer origins. The result of these searches was Sounds Of The Vanishing World album – an atmospheric testimony of Kroke's evolution and musicians' ability to create their own style. As the proof of rightness of band members' music decisions Kroke was honored with the prestigious Preis der Deutsche Schalplattenkritik award in the year 2000.

In the summer of 2001, during the performances in Cornwall, the first meeting of Kroke and Nigel Kennedy took place.

The artist demonstrated immediate readiness to cooperate, which resulted in recording a joint album – East Meets East – in 2003. Kroke was also nominated for BBC Radio 3 award in 'World Music' category and the cooperation with Nigel Kennedy evolved into a series of acclaimed concerts during European festivals. At that time, another original album was released – Ten Pieces To Save The World. This melodic and atmospheric album was ranked second in the European World Music Charts and was the culmination of 10 years of the band.

In 2004 another concert album was released – Quartet – Live At Home – which was recorded at Radio Kraków 'S-5' recording studio with participation of jazz drummer Tomasz Grochot, who for the next few years performed with the band. A year later, the band began a cooperation with Edyta Geppert and Krzysztof Herdzin working on a new project, which was completed with Śpiewam życie album. The release went gold and the band toured simultaneously in Poland and Germany with 'Kroke – symfonicznie' programme jointly with Sinfonia Baltica orchestra directed by Bohdan Jarmołowicz.

In 2006, the song The Secrets of The Life Tree performed by Kroke was on the soundtrack of David Lynch’s movie Inland Empire, and a year later, on the 15th anniversary of the band’s creation, Kroke released their next studio album The Seventh Trip - an energetic journey on oriental music trails. The whole subsequent year of activity is a series of concerts in Poland and abroad as well as work on a chamber project arranged by Krzysztof Herdzin. The premiere of this project took place at the Days of Polish Culture in Krakow with the Sinfonietta Cracovia orchestra conducted by Robert Kabara, which gave the project a unique sound that combines classical and contemporary music. The next editions of this project were heard in the following years in Burgos, St. Petersburg, Stockholm, Vasteras, Uppsala and in many concert halls both in Poland and abroad, with the participation of the orchestras, among others the Sinfonietta Västerås, the Orquesta Sinfónica de Burgos, the AUKSO, the NOSPR in Katowice, the Elbląg Chamber Orchestra, the Archetti, the Kaliska Symphony Orchestra.

The year 2009 was another breakthrough and turning point in Kroke's artistic path. The band more and more often performed as a trio, without drums, making the concerts more intimate, and the music gained long unheard Ashkenazi and Balkan tone. Janusz Makuch, the director of Jewish Culture Festival in Cracow, called it 'a return to the roots', and the band documented their search with Out of Sight album, on which energetic tracks drawing from klezmer tradition coexist with compositions from borderline of jazz genre and atmospheric vocalises by Tomasz Kukurba.

In 2010, the band toured together with Norwegian band Tindra and Spanish violinist Diego Galaz. They also performed at Polish Weekend in Southbank Centre in London alongside Nigel Kennedy.

In January 2011 Kroke joined by Maja Sikorowska (vocals) and Sławek Berny (percussion instruments) recorded twelve greek songs filled of emotions and impressions. The result of this work was releasing an excellent album – Avra.

The years 2010 to 2012 were marked by tour collaboration with the Mongolian vocalist Urna Chachar-Tugchi and Krzysztof Herdzin, as well as with Anna Maria Jopek, who featured with Sinfonietta Cracovia orchestra on a gold record awarded album, 'Feelharmony'.

In 2014, the 'Ten' album was released and it instantly achieved a gold record status and was nominated for Fryderyki 2015 award.

Collaboration with Anna Maria Jopek has blossomed. The artists recorded the 'Psalmia' piece which was released on the aforementioned album. They jointly toured with their project, both in Poland and internationally. A year later, an unusual project developed. 'Kabaret Śmierci' ('Cabaret of Death') is the result of cooperation with Polish film director Andrzej Celiński on his work on the subject of protagonists of culture and entertainment in Nazi concentration camps. However, it's not a soundtrack album. The group reworked the score in a new arrangement, added new pieces and recorded the whole thing once again, creating a reflective suite.

2017 is, above all else, the celebration of Kroke's 25th Anniversary and introduction of the new 'Traveller' album which was released in March. As the musicians say: Kroke is a traveler who for 25 years not only enjoys excursions but also learns a lesson from them and strives to share it with others. So, welcome to the travel around Kroke's quarter century's experience of musical space through listening to our new 'Traveller' album. On the occasion of the 25th anniversary celebration, the double album 25 The Best Of was released with the most important songs from the entire period of the band’s activity. The publishing house Świat published a richly illustrated book with Kroke’s archival photos and conversations with artists - Beyond Sounds by Joanna Laprus-Mikulska.

In 2019, the album Rejwach was released, containing works composed for the needs of the theater production Rejwach which is a stage interpretation of the book by Mikołaj Grynberg of the same title. The premiere of the performance directed by Andrzej Krakowski took place in October 2018 at the Jewish Theater in Warsaw. 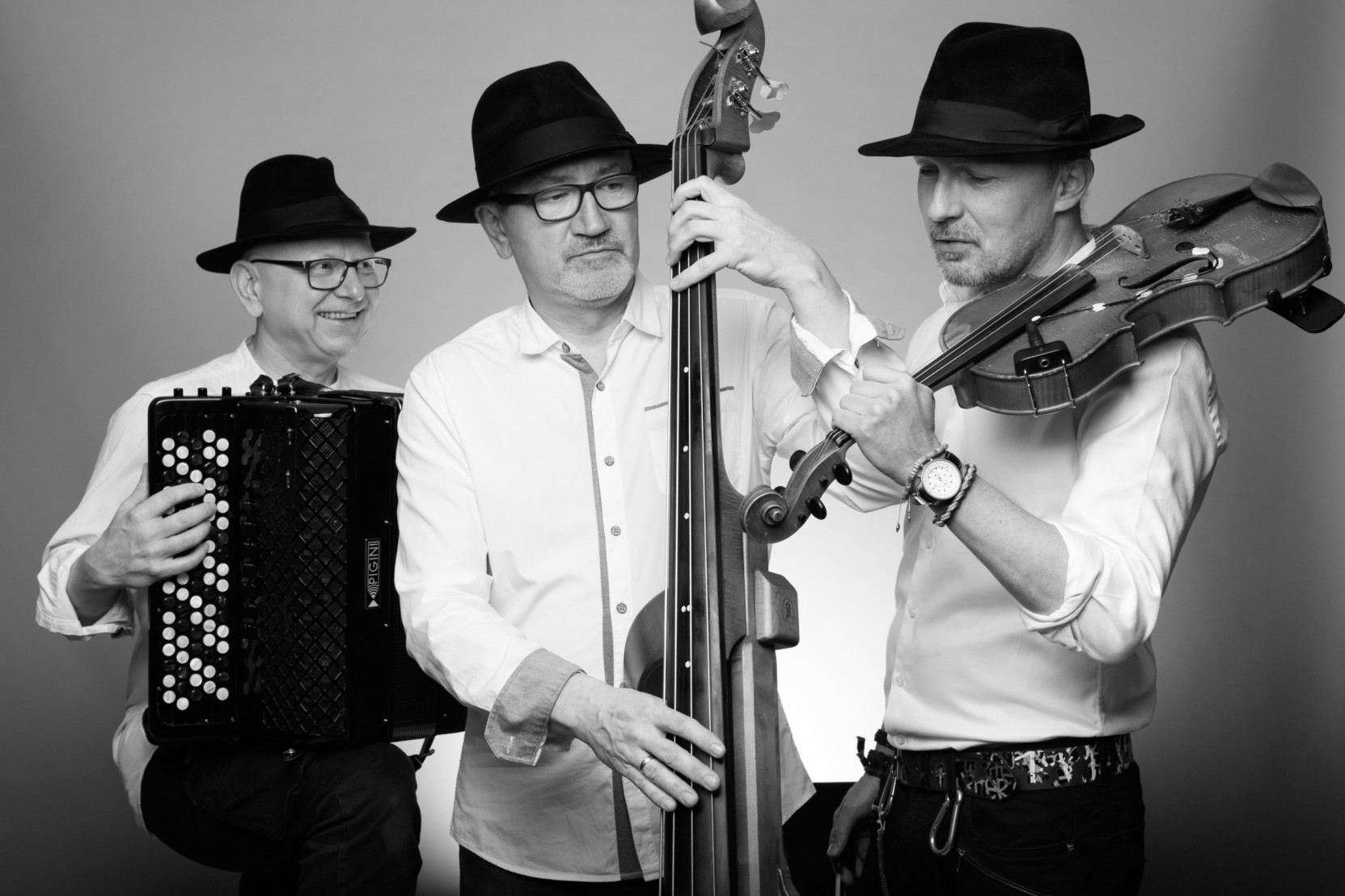